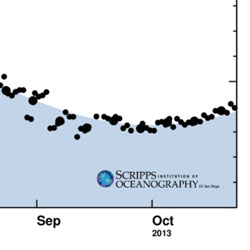 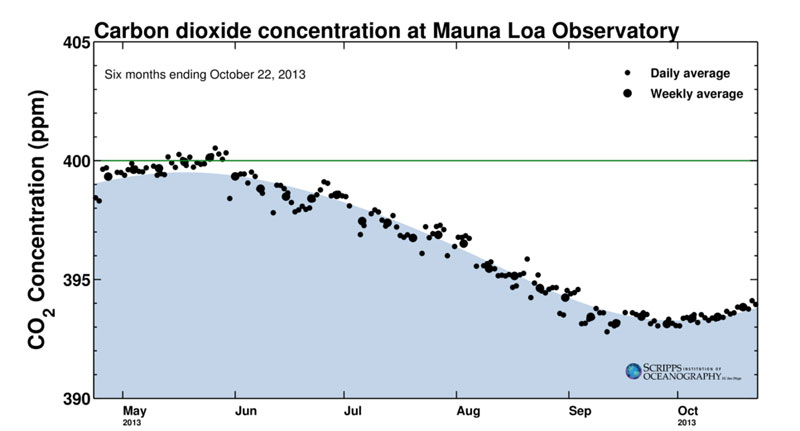 Could hit 400 parts per million in January

Carbon dioxide concentrations in the Northern Hemisphere have typically reached their lowest point in late October. After falling below 393 parts per million only on one day this year, levels are headed back up.

The annual rise in CO2 concentrations tends to come in two distinct bursts in fall and spring, said Keeling, while remaining fairly stable from January to March.

“It seems possible we could see a daily value flickering over 400 ppm any time during this winter plateau,” said Keeling.   “By April, we will see values over 400 ppm for sure.  The peak in May this year could reach over 402 ppm.”