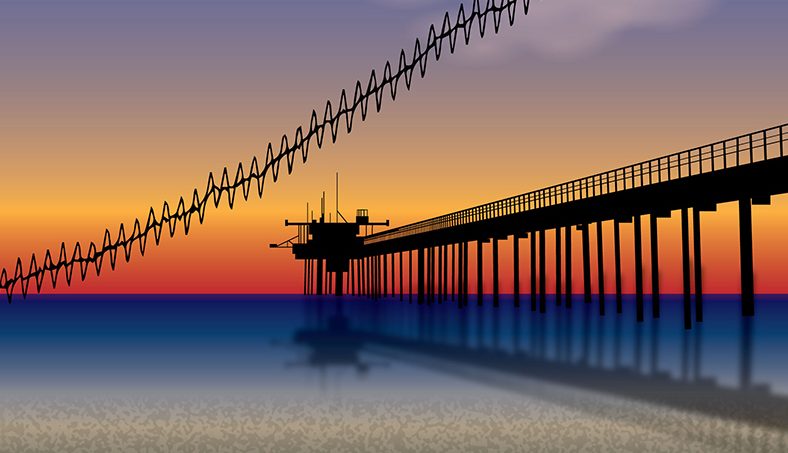 A correspondent recently asked Keeling Curve researchers to settle a family disagreement about the cause of rising CO2 levels in the atmosphere and whether the current trend is natural or human-caused. Scripps geochemist Ralph Keeling provided the following answer:

The rise in CO2 is unambiguously caused by human activity, principally fossil-fuel burning. This is clear from the numbers: We know how much fossil fuel is converted into CO2 each year and emitted into the atmosphere. The CO2 doesn’t all stay there because some enters the ocean and some is taken up by photosynthesis, which ends up in land plants and various types of biomatter.

Carbon atoms are not created or destroyed in any of these processes, so the total fossil-fuel emission to date must equal the combined increases in these other reservoirs. We can document large carbon increases in all these reservoirs. In the atmosphere, it’s especially easy, because the atmosphere is quite well mixed. As it happens, about 57 percent of the emissions have remained in the air.

It’s true that atmospheric CO2 has almost certainly been higher than present in Earth’s distant past, many millions of years ago. But because fossil-fuel burning is not natural, the recent carbon increases in the atmosphere, oceans, and land biosphere cannot be natural either. And you are correct that even though the levels of CO2 in the air may not be unprecedented, the pace of rise probably is. Few if any natural processes can release fossil carbon into the atmosphere as fast as we humans are doing it now via the extraction and burning of fossil fuels.

This graph shows the reconstructions of atmospheric CO2 back 800,000 years. At no point in this period were levels as high or increasing as fast. No surprise because it’s only recently that we humans have been burning billions of tons of fossil carbon each year.

Note: The image accompanying this post was created by Scripps Oceanography graduate student and artist Adi Khen. See more of her work here.