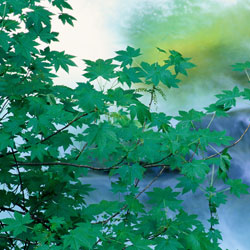 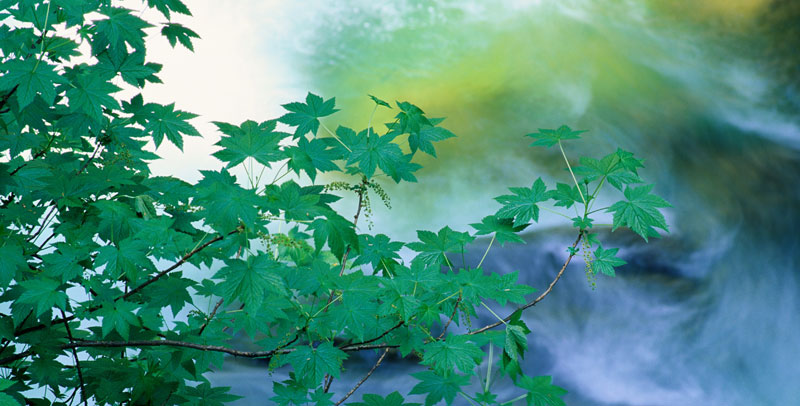 The farther north a CO2  reading is made, the wider it swings with the seasons

Soon after Scripps Institution of Oceanography geochemist Charles David Keeling launched his atmospheric CO2 measurement series at Mauna Loa Observatory in 1958, researchers began to measure CO2 levels at many sites around the world. As they added field stations to their CO2 measurements, they found that at different latitudes, the seasonal cycles of CO2 follow predictable patterns. Today, the Mauna Loa Observatory is just one of many places where these measurements are taken regularly, spanning from the South Pole to the Arctic.

At all sites, there is an accelerating upward trend in CO2 levels driven mostly by fossil fuel burning. The main difference between the sites is the amount of seasonal fluctuation in CO2 levels observed each year. In general, researchers found strong seasonal CO2 fluctuations throughout the Northern Hemisphere and weaker fluctuations near the equator and in the Southern Hemisphere.  The station at Barrow, Alaska (71° N latitude), for example, experiences enormous swings in seasonal CO2. In fact, at this site, the daily 400 part-per-million (ppm) benchmark was passed for brief periods starting in 2006. At the opposite end of the spectrum, at the South Pole (90°S latitude) and other sites in the Southern Hemisphere, there is hardly any seasonal variability.

These latitudinal differences in fluctuation are the result of photosynthetic activity by plants. As plants begin to photosynthesize in the spring and summer, they consume CO2 from the atmosphere and eventually use it as a carbon source for growth and reproduction. This causes the decrease in CO2 levels that begins every year in May. Once winter arrives, plants save energy by decreasing photosynthesis. Without photosynthesis, the dominant process is the exhalation of CO2 by the total ecosystem, including bacteria, plants, and animals.

Because photosynthetic activity is the cause of seasonal CO2 swings, regions with more plants will experience larger fluctuations. Photosynthesis also occurs in the oceans, but little of this CO2 actually moves into the atmosphere, which is why only land photosynthesizers drive seasonal cycles. Two regions of Earth contain the majority of land plants: Northern Hemisphere continents and the tropics that encompass, among other areas, the vast rain forests of the Amazon basin. Near the equator, however, the seasonal variations in temperature are less pronounced. Seasonal swings in CO2 are therefore most pronounced in the Northern Hemisphere, where the seasonal changes in temperature result in very large differences in plant photosynthesis from summer to winter.

By the early 1990s, Keeling had noticed that the seasonal CO2 fluctuation at Barrow was larger than when he started his measurements.  He knew that persistently warmer temperatures due to climate change could be leading to greater rates of photosynthesis during the growing season by land plants in the north, and also to increased rates of respiration in the winter. Both of these could lead to an increase in the seasonality of CO2. He teamed with remote sensing scientist Ranga Myneni, then a NASA researcher, to look for changes in land vegetation from space that would confirm his hypothesis. Satellites can see how much of the sun’s light plants are using for photosynthesis, sometimes referred to as the ‘greenness’ of the forests.  They found that indeed, the forests in the Northern Hemisphere, especially between 45 to 70º N latitude, were getting “greener’ at the same time they were getting warmer.  Part of this green-up occurred in the peak summer, but they also found that the spring greening was coming earlier each year as snow and soils melted a few days sooner.

The implications of this finding are quite significant. It means that not only are human activities causing the overall increase in CO2 levels over time, but through the effect on global temperatures, people are also controlling  CO2 fluctuaton from season to season.