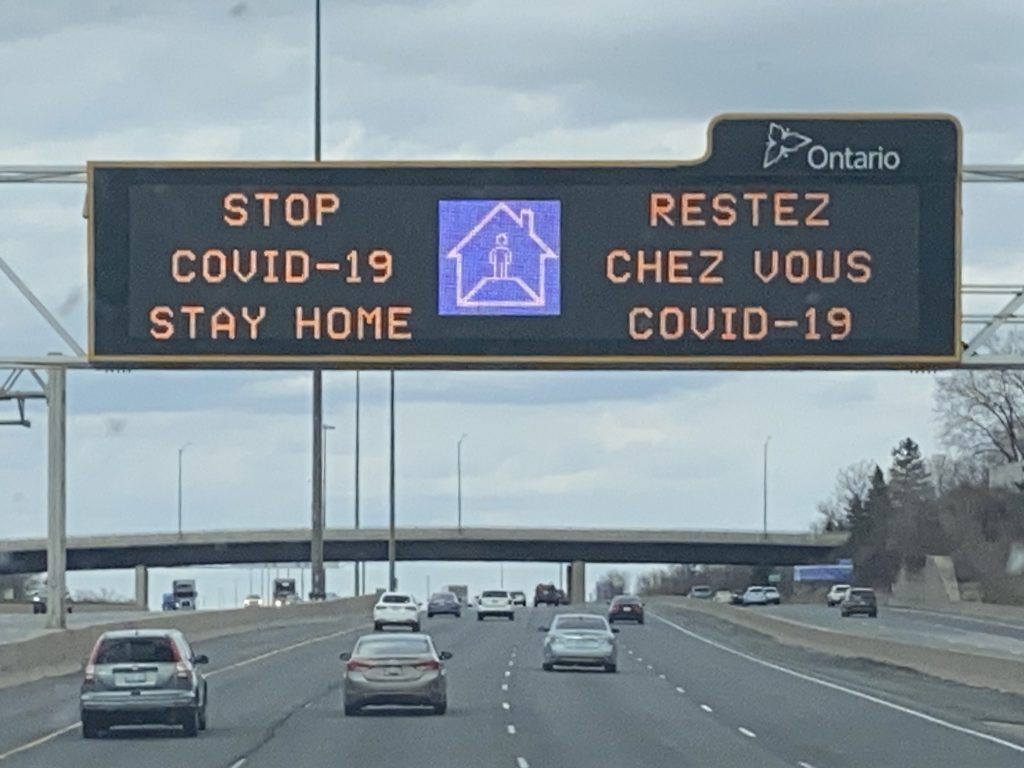 The COVID-19 pandemic caused carbon dioxide (CO2) emissions from fossil fuels to drop in 2020 by seven percent compared to 2019. This decrease in emissions slowed the increase in atmospheric CO2 compared to what would have occurred without the pandemic.

It was too small and too brief, however, to stand out strongly in individual CO2 records, such as the Keeling Curve.

The CO2 increase in the year 2020 can be brought into clearer focus by taking account of a well-established statistical correlation betweenCO2 growth and the El Niño status of the tropical Pacific Ocean, which impacts global weather patterns that produce droughts and large wildfires.  El Niño is a climate phenomenon characterized largely by the shifting of a relatively warm pool of water in the equatorial Pacific and was responsible for 2016’s record jump. Based on the recent El Niño status, a seven-percent slowing in CO2 growth would have been expected anyway in 2020 compared to 2019. This still leaves a slowing of 15 percent compared to 2019 that must have been caused by other factors.

How large of a reduction in CO2 growth was expected due to the COVID impacts? To answer this question, we carried out calculations that take account of the estimated changes in fossil fuel emission and the typical wind patterns that disperse the excess CO2 throughout the atmosphere. The calculations suggest that CO2 growth slowed by around 0.4 ppm or 14 percent due to the COVID-related emissions reductions. This predicted slowing of 14 percent is very close to the actual slowing of 15 percent we observed at Mauna Loa, after accounting for El Niño status.

Because CO2 is also influenced by unpredictable exchanges with land plants and oceans, the slowing of CO2 growth in 2020 compared to 2019 also could have happened in the absence of a pandemic. The observed changes were in close agreement with what was expected, but not large enough to stand out clearly in the record.

You may wonder why a decrease of seven percent in fossil fuel burning caused a percent change in CO2 growth that was twice as big. The answer has to do with natural processes involving oceans and land plants that remove excess CO2, known as sinks. Only a portion of the excess CO2 emitted by fossil fuel burning has remained in the air. Around 50 percent is being taken up by the sinks. The growth in CO2 is only about half of what would be expected if all the emitted CO2 stayed in the air. The sinks don’t react quickly to a change in emissions because they are mainly the result of the excess CO2i n the air, which has built up slowly over time. If emissions had dropped by 50 percent instead of seven percent in 2020, the CO2 buildup would have completely halted – a 100-percent drop – as the sinks would then have fully offset the emissions. In this example, the percent change in growth is twice as large as the percent change in emissions. A similar doubling occurs for smaller changes in emissions, at least over short time frames.

By mid 2020, fossil fuel emissions started to rebound from their low point in spring. The reduction was too brief to lead to a perceptible bend in the CO2 curve. But if emissions had instead stayed similarly low for longer, the bend would have become visible as a distinct feature compared to other sources of year-to-year variability.

Ultimately, the buildup of CO2 is under human control, tied mostly to our use of fossil fuels. As we move beyond the COVID pandemic, a lot depends on how seriously we invest in alternate technology and infrastructure that allows us to live well with less dependence on fossil fuel.