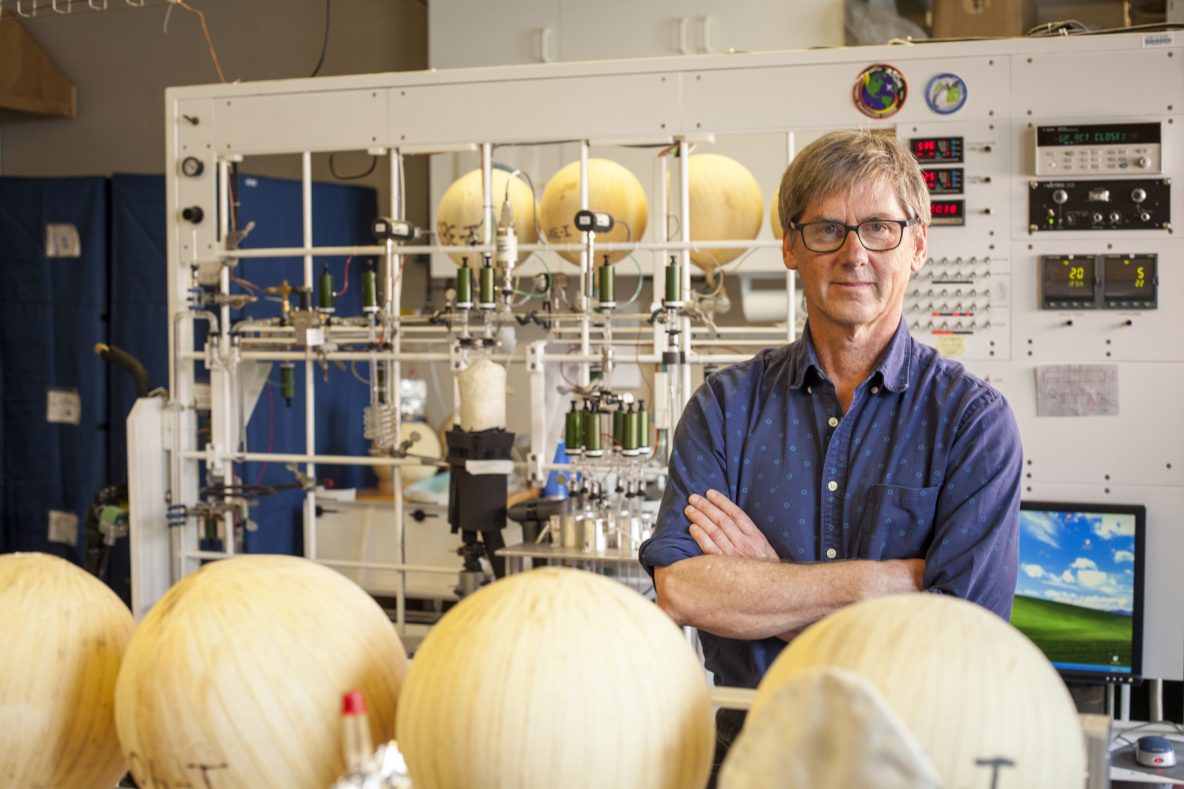 Atmospheric carbon dioxide continued its rapid rise in 2019, with the average for May peaking at 414.8 parts per million (ppm), according to instruments operated by Scripps Institution of Oceanography> at the University of California San Diego at NOAA’s Mauna Loa Atmospheric Baseline Observatory, scientists from NOAA and Scripps announced today.

This is the highest seasonal peak recorded in 61 years of observations on top of Hawaii’s largest volcano, and the seventh consecutive year of steep global increases in concentrations of carbon dioxide, or CO2. The 2019 peak value was 3.5 parts per million higher than the 411.3 ppm peak reached in May 2018; it represents the second-highest annual jump on record.

Scientists studying how greenhouse gas pollution is changing the planet’s climate and ocean closely track levels of CO2, the most prevalent anthropogenic greenhouse gas.Scripps geophysicist Charles David Keeling initiated on-site CO2 measurements at NOAA’s weather station on Mauna Loa in 1958. NOAA began CO2 measurements there in 1974, and the two research institutions have made complementary independent measurements ever since. The Mauna Loa data, together with measurements from sampling stations around the world, are made by NOAA’s Global Greenhouse Gas Reference Network, producing a foundational research dataset for international climate science.

“It’s critically important to have these accurate, long-term measurements of CO2 in order to understand how quickly fossil fuel pollution is changing our climate,” said Pieter Tans, senior scientist with NOAA’s Global Monitoring Division. “These are measurements of the real atmosphere. They do not depend on any models, but they help us verify climate model projections, which if anything, have underestimated the rapid pace of climate change being observed.”

The highest monthly mean CO2 value of the year occurs in May, just before plants start to remove large amounts of CO2 from the atmosphere during the northern hemisphere growing season. In the northern fall, winter, and early spring, plants and soils give off CO2, causing levels to rise through May. Charles Keeling was the first to observe this seasonal rise and subsequent fall in CO2 levels embedded within annual increases, a cycle now known as the Keeling Curve. Keeling’s son, geochemist Ralph Keeling, now runs the Scripps program at Mauna Loa.

The Mauna Loa observatory is a benchmark sampling location for CO2. Perched on a barren volcano in the middle of the Pacific Ocean, the observatory is ideally situated for sampling well-mixed air (undisturbed by the influence of local pollution sources or vegetation) that represents the northern hemisphere average. While Mauna Loa recorded a few daily readings above 415 ppm in May, readings from NOAA’s Barrow observatory on Alaska’s North Slope averaged 417.4 ppm in May. The Arctic typically has higher CO2  readings than Mauna Loa and provides a preview of future global average conditions.

“Many proposals have been made to mitigate global warming, but without a rapid decrease of CO2 emissions from fossil fuels they are pretty much futile,” Tans said.