Note: Readers have asked why there has been no stabilization in the measured levels of the greenhouse gas carbon dioxide in the atmosphere when reported emissions of CO2 have fallen. Scripps CO2 Group Director Ralph Keeling gave this response:

There’s a pretty simple reason why the recent stabilization in global emissions hasn’t caused CO2 levels to stabilize. The ocean and land sinks for CO2 currently offset only about 50 percent of the emissions. So the equivalent of 50 percent of the emissions is still accumulating in the atmosphere, even with stable emissions. To stabilize CO2 levels would require roughly an immediate roughly 50 percent cut in emissions, at which point the remaining emissions would be fully offset by the sinks, at least for a while.

Eventually, additional emissions cuts would be required because the sinks will slowly lose their efficiency as the land and ocean start to saturate. A permanent stabilization at current levels therefore requires both an immediate 50-percent cut as well as a slow tapering thereafter, eventually approaching zero emissions. The recent stabilization in emissions might be viewed as a very small first step toward the required cuts. 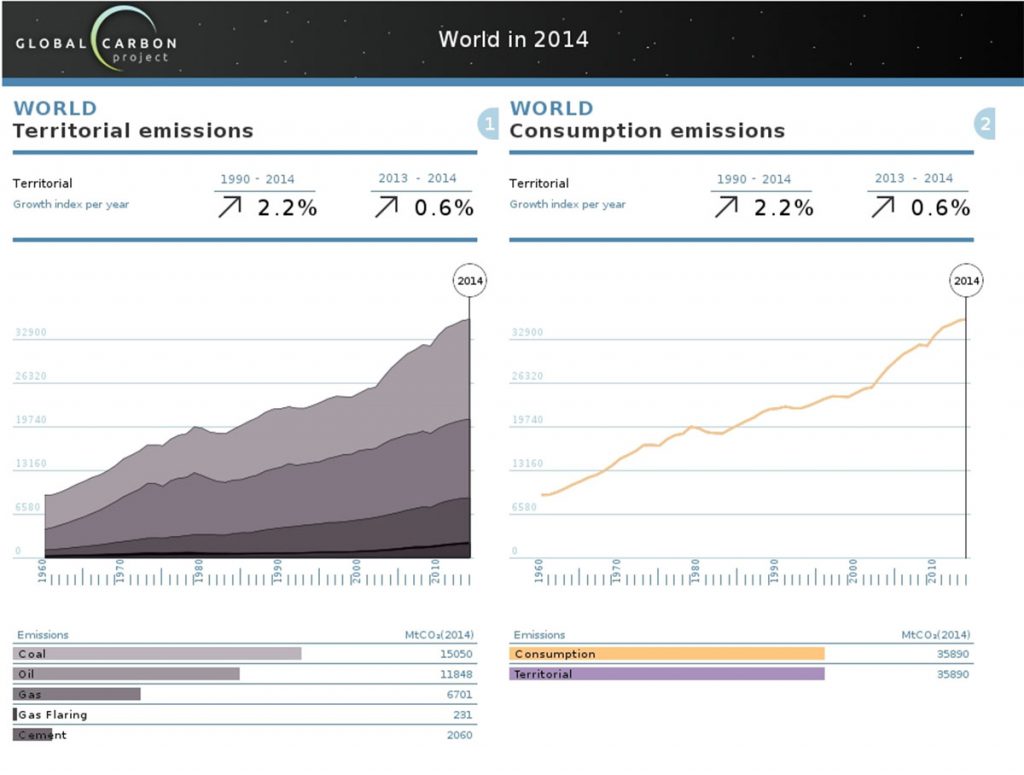