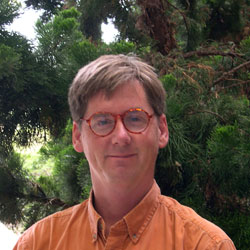 I am writing as the director of the Scripps CO2 and O2 programs, which keep track of how these vital gases are changing in the atmosphere over time.  The CO2 measurements include the iconic Mauna Loa record, now commonly known as the “Keeling Curve”, which was started by my father in the late 1950s.

The O2 measurements, carried out on samples from Mauna Loa and many other stations, also provide critical information about how the planet is changing.  The measurements show that the world’s O2 supply is slowly decreasing, and have helped prove that the CO2 increase is caused by fossil fuel burning, but offset by natural sinks of CO2 in the land and oceans.

The need to continue these measurements has not diminished. The planet is undergoing dramatic changes, unprecedented for millions of years.  This past year, our group reported that CO2 topped 400 parts per million at Mauna Loa for the first time. We also reported a shockingly large and unexpected increase in the seasonal swings in CO2 between summer and winter at high latitudes in the Northern Hemisphere.  The boreal forests are evidently behaving very differently than 50 years ago.  Meanwhile, the oceans are acidifying, ice is melting, sea level is rising, the frequency of extreme storms seems to be increasing.  Scientists from around the world are scrambling to figure out what is going on and what the future holds, as CO2 continues to rise.  Others are working on ideas for adapting to these changes or mitigating their impacts on society.  While we urgently need solutions to cope with these challenges, we also can’t afford to take our eyes off the planet.

The Scripps CO2 and O2 measurements now face severe funding challenges.  The situation is most urgent for the O2 measurements.  These measurements have been supported for decades through proposals submitted every few years to the federal agencies.  The value of these measurements is not questioned, but federal funding for these programs has never been so tenuous.  This is the basis for this unusual appeal to the public at large.

So why is adequate federal support not available?   You might think that funding cutbacks are the main problem.  Actually, there are other factors that are probably more important.

One is that measurements with global scope tend to fall between the cracks of the different federal agencies. Our measurements provide insight into land and ocean processes, and into changes in the Arctic, Antarctic, tropics, and temperate latitudes.  Ironically, it’s less challenging at present to support smaller-scale observations, such as of a forest, coral reef, or city, than to support observations with holistic planetary importance.  In reality, of course, we need both kinds of measurements.

Another reason is that long-term observations of the environment continue to be viewed as outside the scope of normal scientific research.  After 20 or 30 years of proposals, the science agencies take the view that continued support ought to be someone else’s concern.   While the measurements gain importance with time, their longevity actually makes them harder, not easier, to support.

I have struggled throughout my career to cope with these challenges, and I will continue the struggle.  The quest for continued federal support will not end.

For now, I ask for your support so that we can keep up these activities and sustain our watch on the planet in this time of unprecedented global change.