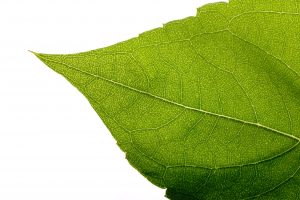 Researchers led by Scripps Institution of Oceanography at the University of California San Diego have determined that major changes in plant behavior have occurred over the past 40 years, using measurements of subtle changes in the carbon dioxide (CO2) currently found in the atmosphere.

The two main isotopes, or atomic forms, of carbon are carbon-12 (12C) and carbon-13 (13C). As CO2 has risen since the late 19th century, the ratio of 13C to 12C in atmospheric CO2 has decreased. That’s in part because the CO2 produced by the combustion of fossil fuels has a low 13C/12C ratio. There are other factors in nature as well, however, that have influenced the rate of decrease in the isotopic ratio.  The measured rate of decrease in the isotopic ratio turns out to be different than what scientists previously expected.

The Scripps-led team updated the record of CO2 isotopic ratios that has been made at Scripps since 1978 using air samples collected at Hawaii’s Mauna Loa and the South Pole. The researchers confirmed that the discrepancy exists and considered several reasons for it. They concluded that no combination of factors could plausibly explain the changes in the CO2 isotopic ratio unless plant behavior was changing in a way that influences how much water plants need for growth.

The work helps to understand the details of how leaves are responding to changes in CO2. Prior to this study, it was already clear that plants behave differently when they are exposed to higher atmospheric CO2 levels because CO2 influences the behavior of stomata, the microscopic holes in leaves that allow a leaf to take up CO2. These holes also allow water to evaporate from the leaf, which must be replenished by water supplied to the roots to avoid drying out. With more CO2 in the atmosphere, a plant can afford to have smaller or fewer stomata, thus allowing more photosynthesis for the same amount of water.

But measuring exactly how much more efficient plants have become at using water has not been easy. This study provides a new method for measuring this effect, because as a leaf becomes more efficient at using water, this also influences how it takes up the different carbon isotopes in CO2. When that factor is included as a variable, the ratio of the two forms of CO2 conforms much more closely to expectations.

The National Science Foundation, the Department of Energy, NASA, and the Eric and Wendy Schmidt Fund for Strategic Innovation supported the study, “Atmospheric evidence for a global secular increase in carbon isotopic discrimination of land photosynthesis,” which appeared in the Sept. 11 edition of the journal Proceedings of the National Academy of Sciences.

The research supports a long-standing hypothesis introduced by plant biologists, that posits plants will achieve an optimum response to rising CO2  levels in the atmosphere.

“This optimal model predicts nearly proportional scaling between water-use efficiency and CO2 itself,” said study lead author and Scripps scientist Ralph Keeling, who also maintains the internationally renowned Keeling Curve data set measuring atmospheric CO2 since 1958.  “Optimal or near optimal behavior has been found in smaller studies on individual plants, but this paper is the first to show that it may be evident at the scale of the entire planet.”

The increase in the efficiency of photosynthesis documented in this study has likely helped plants offset a portion of human-induced climate change by removing more CO2 from the atmosphere than they would have otherwise.

“The full implications are still far from clear, however, and any benefits may be more than offset by other negative changes, such as heat waves and extreme weather, biodiversity loss, sea level rise, and so on,” said Keeling.

Co-authors of the study include former Scripps student Heather Graven, now of Imperial College London, and former Scripps postdoctoral scholar Lisa Welp of Purdue University. Scripps researchers Laure Resplandy, Jian Bi, Stephen Piper, and Alane Bollenbacher contributed to the paper, as did researchers from Cornell University and the University of Groningen in the Netherlands.