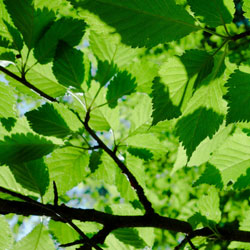 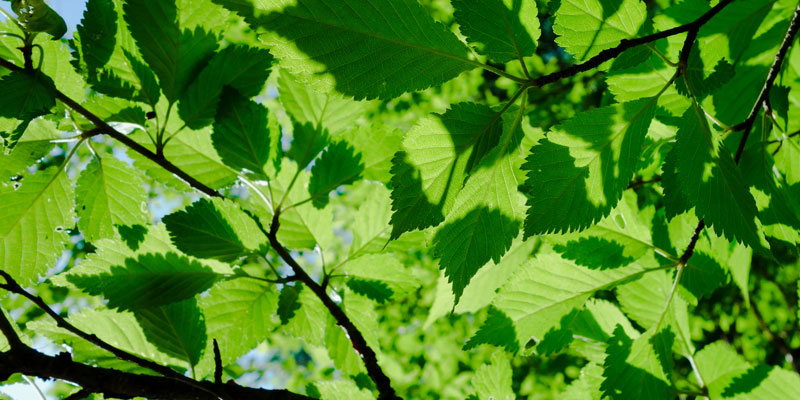 Northern Hemisphere terrestrial ecosystems are taking “deeper breaths,” according to a multi-agency study

Levels of carbon dioxide in the atmosphere rise and fall annually as plants take up the gas in spring and summer and release it in fall and winter through photosynthesis and respiration. Now the range of that cycle is growing as more CO2 is emitted from the burning of fossil fuels and other human activities, according to a study led by Scripps Institution of Oceanography, UC San Diego.

The findings are the result of a multi-year airborne survey of atmospheric chemistry called HIAPER Pole-to-Pole Observations (HIPPO). Observations of atmospheric CO2 made by aircraft at altitudes between 3 and 6 kilometers (10,000-20,000 feet) show that seasonal CO2 variations have substantially increased in amplitude over the last 50 years. The amplitude increased by roughly 50 percent across high latitude regions north of 45° N, in comparison to previous aircraft observations from the late 1950s and early 1960s.

This means that more carbon is accumulating in forests and other vegetation and soils in the Northern Hemisphere during the summer, and more carbon is being released in the fall and winter, said study lead author Heather Graven, a postdoctoral researcher in the Scripps CO2 Program led by geochemist Ralph Keeling.

It is not yet understood why the increase in seasonal amplitude of CO2 concentration is so large, but it is a clear signal of widespread changes in northern ecosystems.

“The atmospheric CO2 observations are important because they show the combined effect of ecological changes over large regions,” said Graven. “This reinforces ground-based studies that show substantial changes are occurring as a result of rising CO2 concentrations, warming temperatures, and changing land management, including the expansion of forests in some regions and the poleward migration of ecosystems.”

The study, “Enhanced seasonal exchange of CO2 by northern ecosystems since 1960,” appears in print editions of the journal Science on Aug. 30 and in Science Express Aug. 8. The National Science Foundation, the federal Department of Energy, the National Center for Atmospheric Research (NCAR), NOAA, and the Office of Naval Research funded the study.

The researchers compared recent aircraft data with older aircraft data gathered from 1958 to 1961 using U.S. Air Force weather reconnaissance flights and analyzed by Scripps geochemist Charles David Keeling, the father of Ralph Keeling.  These aircraft measurements were done at the same time C.D. Keeling was beginning continuous CO2 measurements at Mauna Loa, Hawaii.  While the Mauna Loa measurements are now recognized as the famous “Keeling Curve,” the early aircraft data were all but forgotten.

Recent observations aboard a modified Gulfstream V jet known as HIAPER were made during research flights conducted by NCAR with scientists from Scripps, Harvard, NOAA, NCAR, Princeton University and the University of Miami in the HIPPO campaign between 2009 and 2011. The aircraft repeatedly ascended and descended from a few hundred meters to roughly 12 kilometers (40,000 feet) between the North Pole and the coast of Antarctica to construct a unique snapshot of the chemical composition of the atmosphere. Additional recent data comes from regular flights conducted at a network of locations by NOAA. Increasing CO2 amplitude since 1960 had already been observed at two ground-based stations: Mauna Loa and Barrow, Alaska. Other stations operated by Scripps and NOAA only began measuring CO2 in the 1970s to 1990s. The aircraft-based observations uniquely show the large area in the northern high latitudes where CO2 amplitude increased strongly since 1960.

The reasons for the wider seasonal swings in CO2 concentration remain to be determined, said researchers. Even though plant activity can increase with warmer temperatures and higher CO2 concentrations, the change in CO2 amplitude over the last 50 years is larger than expected from these effects, the researchers said. CO2 concentration has increased by 23 percent and average temperature north of 30°N has increased by 1° C (1.8° F) since 1960. Additional factors may involve changes in the amount of carbon allocated to leaves, wood, or roots, changes in the extent or species composition of the ecosystems, or changes in the timing of photosynthesis and respiration.

Simulating complex processes in terrestrial ecosystems with models is recognized to be a challenge, and the observed change in CO2 amplitude is larger than simulated by models used by the Intergovernmental Panel on Climate Change (IPCC). While this underestimate does not call into question the response of climate to CO2 concentration in the IPCC models, it does suggest that a better understanding of what happened over the last 50 years could improve projections of future ecosystem changes. The bottom line is that northern ecosystems appear to be behaving differently than they did 50 years ago, said study authors.

Besides Heather Graven and Ralph Keeling, study co-authors include Stephen Piper, Lisa Welp, and Jonathan Bent of Scripps Oceanography; Prabir Patra of the Research Institute for Global Change in Yokohama, Japan; Britton Stephens of NCAR; Steven Wofsy, Bruce Daube, and Gregory Santoni of Harvard University; Colm Sweeney of NOAA and the Cooperative Institute for Research in Environmental Sciences at the University of Colorado, Boulder, and Pieter Tans of NOAA; John Kelley of the University of Alaska Fairbanks; and Eric Kort of the Jet Propulsion Laboratory.

Photos and video from the HIPPO flights are available at the project website, http://hippo.ucar.edu.