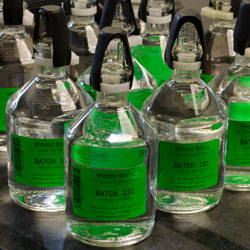 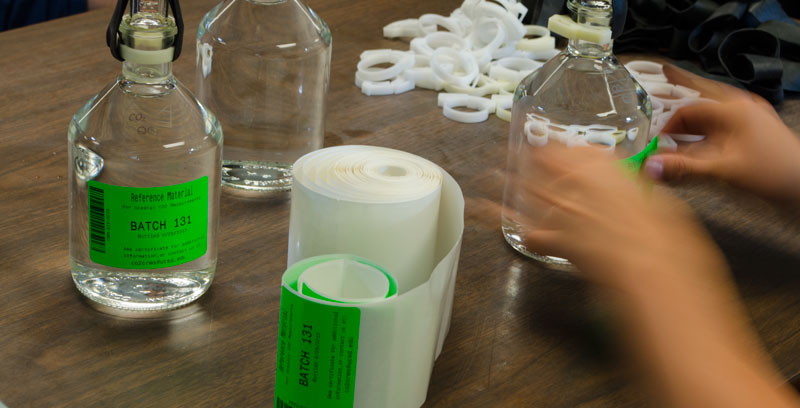 A companion phenomenon of emitting CO2 into the atmosphere is the loading of the oceans with elevated levels of carbon dioxide created by fossil fuel burning and other human activities.

Recent estimates have calculated that 26 percent of all the carbon released as CO2 from fossil fuel burning, cement manufacture, and land-use changes over the decade 2002–2011 was absorbed by the oceans. (About 28 percent went to plants and roughly 46 percent to the atmosphere.) During this time, the average annual total release of was 9.3 billion tons of carbon per year, thus on average 2.5 billion tons went into the ocean annually.

But will the oceans always be able to take up that proportion of human CO2 emissions year in and year out?

Probably not in the near term, said Scripps Institution of Oceanography, UC San Diego marine chemist Andrew Dickson. Dickson took over a program of measuring CO2 levels in the oceans that had been started by Charles David Keeling in the 1980s as a complement to his measurements of atmospheric CO2. Dickson has created the calibration standard for proper measurement of ocean CO2 levels. It is the basis of a protocol followed by marine chemistry labs around the world. Today Dickson’s lab prepares and bottles thousands of reference samples each year for distribution throughout the research community.

Dickson noted that although the oceans presently take up about one-fourth of the excess CO2 human activities put into the air, that fraction was significantly larger at the beginning of the Industrial Revolution. That’s for a number of reasons, starting with the simple one that as one dissolves CO2 into a given volume of seawater, there is a growing resistance to adding still more CO2.

More than 50 years ago, the late Scripps Director Roger Revelle defined a term now known as the Revelle Factor to describe this aspect of the relationship between the changing composition of seawater and the overlying atmosphere.

Dickson noted there are other factors at play. Human fossil fuel use is also behind a general warming trend in the oceans observed over the past 50 years that increases the resistance to CO2 uptake. Furthermore, in the absence of such warming, ocean mixing would normally be expected to be constantly refreshing the water at the ocean’s surface, the place where it meets with air and dissolves CO2. Instead global warming leaves surface water in place to an increasing degree thus slowing down the transfer of CO2 from the ocean surface deeper into the ocean. It’s as if the pump removing CO2 from the atmosphere into the surface water and then on deeper into the ocean had slowed down.

This slowing of ocean mixing may have another effect. It stifles the transport of nutrients such as nitrate and phosphate from deeper waters to the surface, which diminishes the growth of phytoplankton, which store carbon in their tissue as a product of photosynthesis. The sinking tissue takes the carbon with it to the deep ocean when the organisms die. It’s another way that carbon can be removed from the ocean surface.

All this adds up to what scientists expect to be a gradual slowing of ocean CO2 uptake if human fossil fuel use continues to accelerate. As a smaller fraction of the excess CO2 goes into the oceans, a larger fraction may remain in the atmosphere, and the chemical changes in seawater that can affect organisms will continue to grow in lockstep with the relentless increases in the excess CO2 in the overlying atmosphere caused by human activities.

A major factor governing the rate of uptake of CO2 by the oceans is pace at which global CO2 emissions are increasing over time.  Over the past decades, fossil emissions (measured as tons of carbon) have grown at 2 to 4 percent annually, from around 2 billion tons in 1950 to 9 billion tons today. The oceans as a whole have a large capacity for absorbing CO2, but ocean mixing is too slow to have spread this additional CO2 deep into the ocean.

As a result, ocean waters deeper than 500 meters (about 1,600 feet) have a large but still unrealized absorption capacity, said Scripps geochemist Ralph Keeling.  The rapid emissions growth is unlikely to continue much longer as the reserves of conventional oil, coal, and gas become depleted and steps are taken to reduce emissions and limit climate impacts.  As emissions slow in the future, the oceans will continue to absorb excess CO2 emitted in the past that is still in the air, and this excess will spread into ever-deeper layers of the ocean.  The ocean uptake, when expressed as a percent of emissions, will therefore inevitably increase and eventually, 50 to 80 percent of CO2 cumulative emissions will likely reside in the oceans, Keeling said.